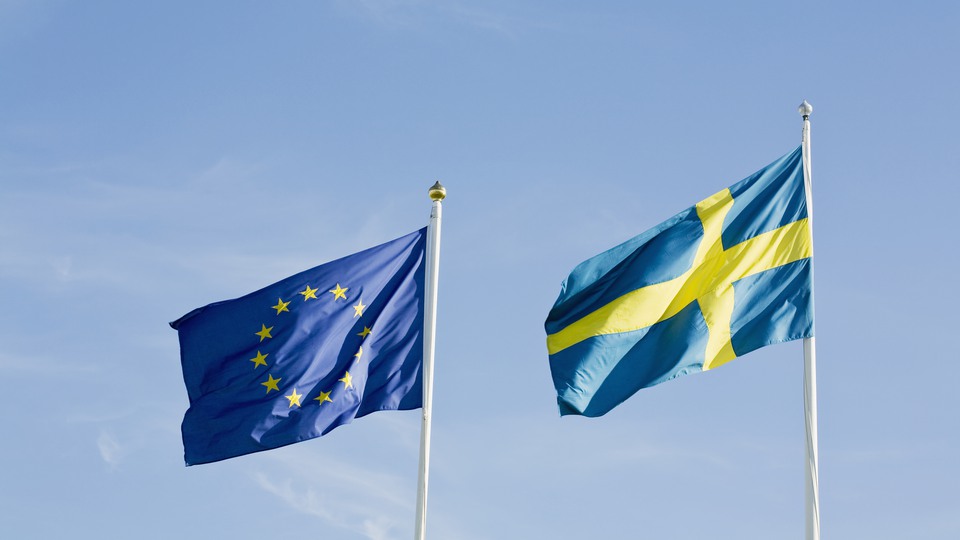 The Swedish Chemicals Agency has an important role in providing expert support when Sweden holds the EU Presidency in 2023.

During the first half of 2023, Sweden will hold the Presidency of the Council of the European Union, the Council of Ministers. During the Presidency, a number of new and revised legislative enactments within the EU will be negotiated and decided. The government has the formal responsibility for conducting negotiations but relies on the expertise and support of relevant agencies in the negotiating process. In the first instance, the ministries will strengthen the negotiating teams, but the agencies may also contribute with staff and assist the Council of Ministers’ work groups with knowledge and support documentation, as well as participate in networks and informal groups.

Read more about the presidency on the government’s website

At the Swedish Chemicals Agency, we will contribute with our expert knowledge primarily in the negotiations on EU chemicals legislation. We will also contribute to the work on a new chemicals panel within the UN, work on the Global Chemicals Strategy SAICM (Strategic Approach to International Chemicals Management) as well as the Stockholm Convention and the Rotterdam Convention.

Chemicals-related issues to be dealt with during Sweden’s Presidency

In the new year, the EU countries will begin negotiating the proposal for a revised and broadened CLP regulation. In 2022, the European Commission has discussed a proposal that includes, among other things, introduction of new hazard classes in the CLP Regulation. The Swedish Chemicals Agency is the agency that has the main responsibility for assisting with expertise in the negotiations.

CLP stands for “Classification, Labelling and Packaging". Chemical products must be classified, labelled, and packaged in accordance with the requirements of the CLP Regulation before being placed on the market in the EU or the EEA countries, Iceland, Lichtenstein and Norway.

Read more about the CLP regulation

Negotiations within the EU are underway on a new Commission proposal on a regulation regarding ecodesign for sustainable products. The proposal is based on the Ecodesign Directive, which at present only covers energy-related products. The EU wants to set performance and information requirements for almost all categories of goods placed on the EU market. The aim is partly to increase the performance and durability of products and partly to improve the possibility of reusing or recycling products.

Read more about the Ecodesign Directive at Eur-Lex

In February, a revised proposal for a regulation on detergents (also known as the Detergents Regulation) is expected from the European Commission. The regulation aims to reduce environmental risks and improve information on the contents of the products to consumers.

Read more about the Detergents regulation

Regulation on the sustainable use of plant protection products

Read more about the directive for the sustainable use of pesticides

A new regulation will replace the current packaging directive and a proposal for a new regulation is up for negotiation in early 2023. The European Commission wants to ensure uniform legislation across the EU. The proposal concerns packaging materials and therefore the Swedish Environmental Protection Agency has primary responsibility among the agencies. At the Swedish Chemicals Agency, we will work with the parts that apply to chemicals.

Read more about the Packaging directive at EUR-Lex.eu

A revised Toys Directive is underway. We are waiting for a new proposal from the European Commission, but we do not yet know when it will arrive. The directive deals with the safety of toys and contains rules on chemical content, flammability, general safety, electrical safety, documentation, labelling and more. The rules contain limit values and prohibitions for various chemical substances. The Swedish Consumer Agency has the main responsibility for the directive, but the Swedish Chemicals Agency is also involved.

Read more about the Toys Directive

Read more about the Mercury Regulation

Read more about the Minamata Convention

Several issues raised during the Swedish presidency have bearing on international cooperation and conventions within the framework of the UN. During Sweden’s presidency, it is Sweden that will represent the EU’s position on these issues. There are at least four areas where the Swedish Chemicals Agency will participate in the work.

The EU will hold preparatory meetings in Brussels on two global conventions in early 2023, under the Swedish presidency. These concern the further development of the Stockholm and Rotterdam Conventions.

The Stockholm Convention deals with the prohibition and restriction of POPs (Persistent Organic Pollutants) such as DDT, PCBs or PFAS. The Convention contains a list of prohibited or strictly restricted substances. The Swedish Chemicals Agency and the Swedish Environmental Protection Agency are jointly responsible for following and furthering the work.

Read more about the Stockholm Convention

The Rotterdam Convention deals with the prior approval of certain chemicals and pesticides in international trade, the so-called PIC (Prior Informed Consent) procedure. Countries have the right to obtain information in advance on the import and export of certain hazardous chemicals and pesticides that are banned or severely restricted in other countries. Countries can approve or reject imports in accordance with their national rules. The Rotterdam Convention is implemented in the EU in the PIC Regulation. The Swedish Chemicals Agency works to ensure that the rules are properly applied.

Read more about the Rotterdam Convention

The Global Chemicals Strategy SAICM is a political agreement without binding rules and with a broader scope than the individual chemical conventions. The UN’s global goals have been to achieve safe chemical management by 2020. A renewed strategy extending beyond 2020 is now required. Work was suspended during the pandemic but will now resume in the form of a preparatory meeting in the spring for a high-level meeting in September 2023.

New expert panel within the UN

The UN will form a new, scientifically composed UN panel on chemicals, waste, and pollution similar to the IPCC. The decision was taken at the UN Environment Assembly at a meeting in Nairobi in 2022 followed by meetings at UN level during the autumn. The EU will hold a preparatory meeting in early 2023. According to the timetable, the research panel will be established within the framework of the UN system in 2024.

Read more about the new UN Panel on Chemicals, Waste and Pollution here